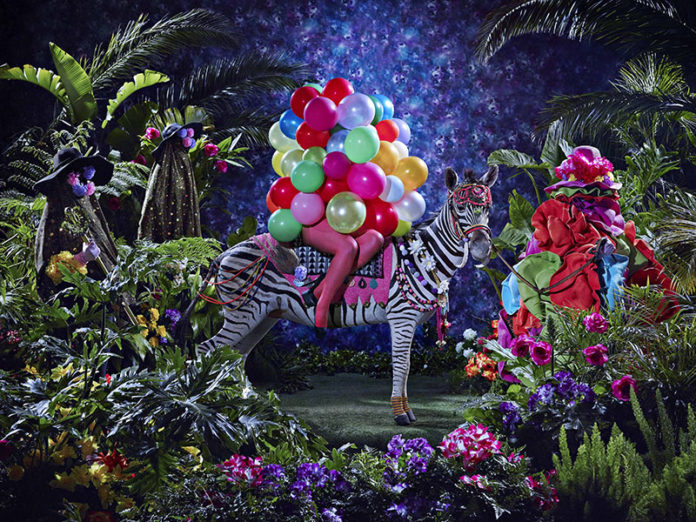 Athi-Patra Ruga, a multidisciplinary artist of contemporary fashion and art, questions notions of identity, alienation, a symbiosis between body and mind. His performances, videos, photographs and textile creations take viewers into subversive and fantastic universes tinged with provocation and eroticism.

Athi Patra-Ruga uses a protean form of writing to create a world where South African traditions have met queer aesthetics, where ancestral mythologies combine with the artifacts of the festival, cheap accessories and irresistible recklessness. .

Azania is populated by baroque and sexy characters, most often incarnated by the artist himself, who affirm an identity, a body, a positioning in the world and in history. A territory that brings together all those who do not wish to belong to a specific community, but rather to the human race as a whole.

The artist creates a utopian zone where everything that is traditionally separated comes to hybridize and cohabit: savant-popular, art-craftsmanship, body-mind, man-woman, profane-sacred. The constituent signs of a kingdom (coats of arms, knights, queens, and kings) are associated with folklore, religion or fashion. Azania is a promised land, a poetic and political reaction to the manifestations of the survival of apartheid.

Flagship artist of the South African scene, her works are presented at major international events such as the 55th Venice Biennale in 2013 or the Biennale of Contemporary Art in Dakar in 2008.
Athi-Patra Ruga has exhibited at many fairs, biennials, and exhibitions. On the occasion of 1-54 in London, the Somerset House in London hosts the first major exhibition of the artist in the United Kingdom.