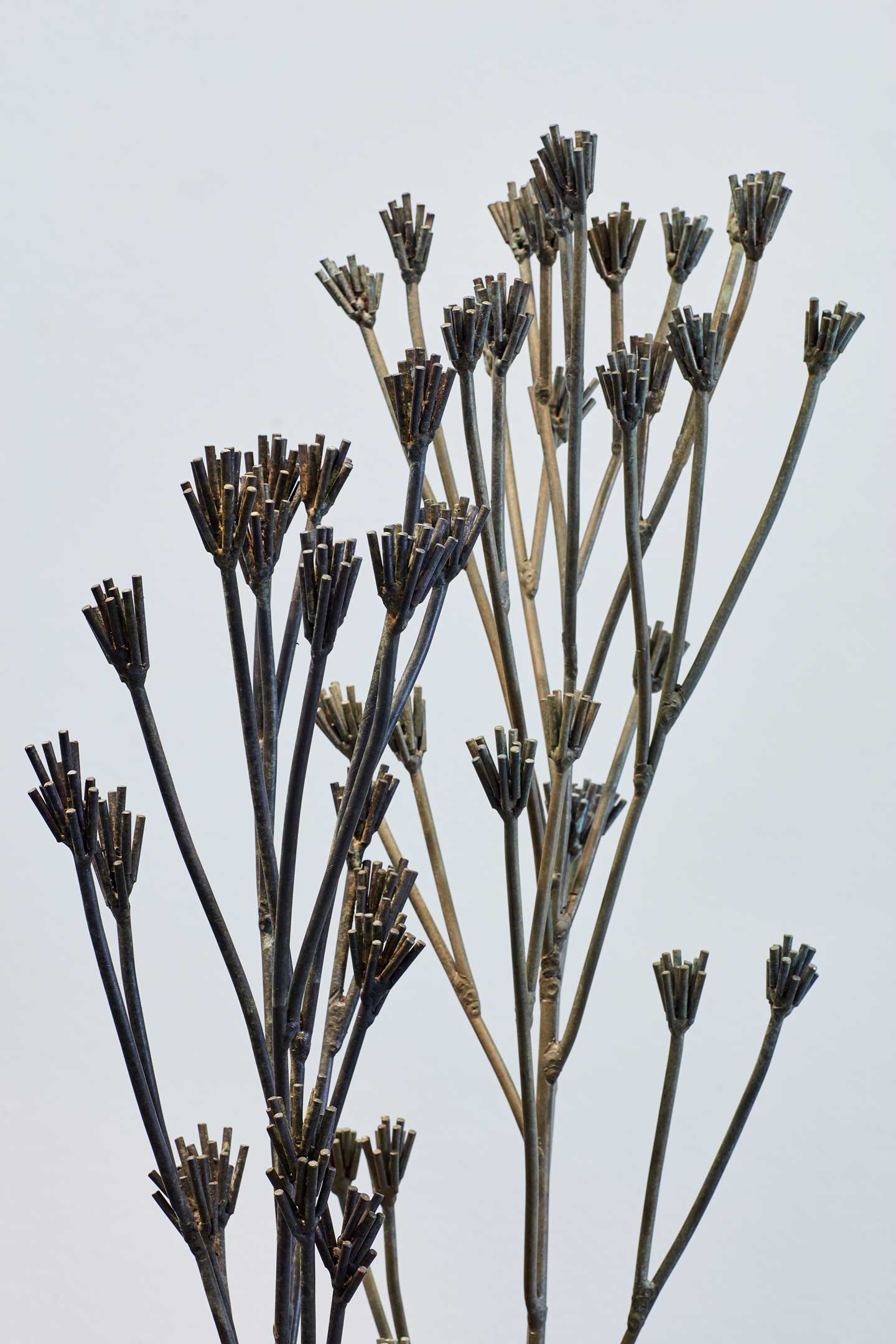 The long-anticipated opening of the Norval Foundation in Cape Town is set for 28 April 2018!
The new centre for art will be a research and exhibition space for 20th and 21st-century artworks, as well as a platform for music and cultural expression. Housed in world-class facilities, the foundation includes a sculpture garden, outdoor amphitheatre, purpose-built exhibition spaces, a research library, a restaurant and bar, a shop and a children’s playground.

Within the framework of this opening, Collection Leridon is pleased to loan Michele Mathison’s installation Kakiebos.

Michele Mathison was born in Johannesburg, South Africa and raised between Harare and Bulawayo, Zimbabwe. At present, he lives and works between Zimbabwe and South Africa, practising as a sculptor.

He completed a Bachelors of Fine Arts at Michaelis School of Fine Arts, University of Cape Town in Cape Town, South Africa in 2000. Having grown up in Zimbabwe, Mathison draws inspiration from ordinary objects associated with southern African life, converting them into his sculptural pieces. He often works with ceramic, resin and steel as well as various found objects which he reconstructs to highlight their multi-faceted symbolic values, uses and qualities.

He often uses farming tools such as hoes, spades and picking axes in his sculptural works, to explore their power and historic influences. In an interview with Between10and5, Mathison states the following, “I find that I am attracted to artisanal trades. I find beauty in craftsmanship and construction in occupations such as carpentry, metalwork and construction. I respect the precision and skill of the people who design and manufacture the world around us. This plays a major role on my work because I am seduced by the form and function of the objects I use.”

Finding inspiration in markets, hardware stores and roadsides, Mathison’s interests extend to source from pockets of lived experience, as found in the spaces in which people work, eat and socialise, as he continues to proclaim in the interview, “Where there is life.”