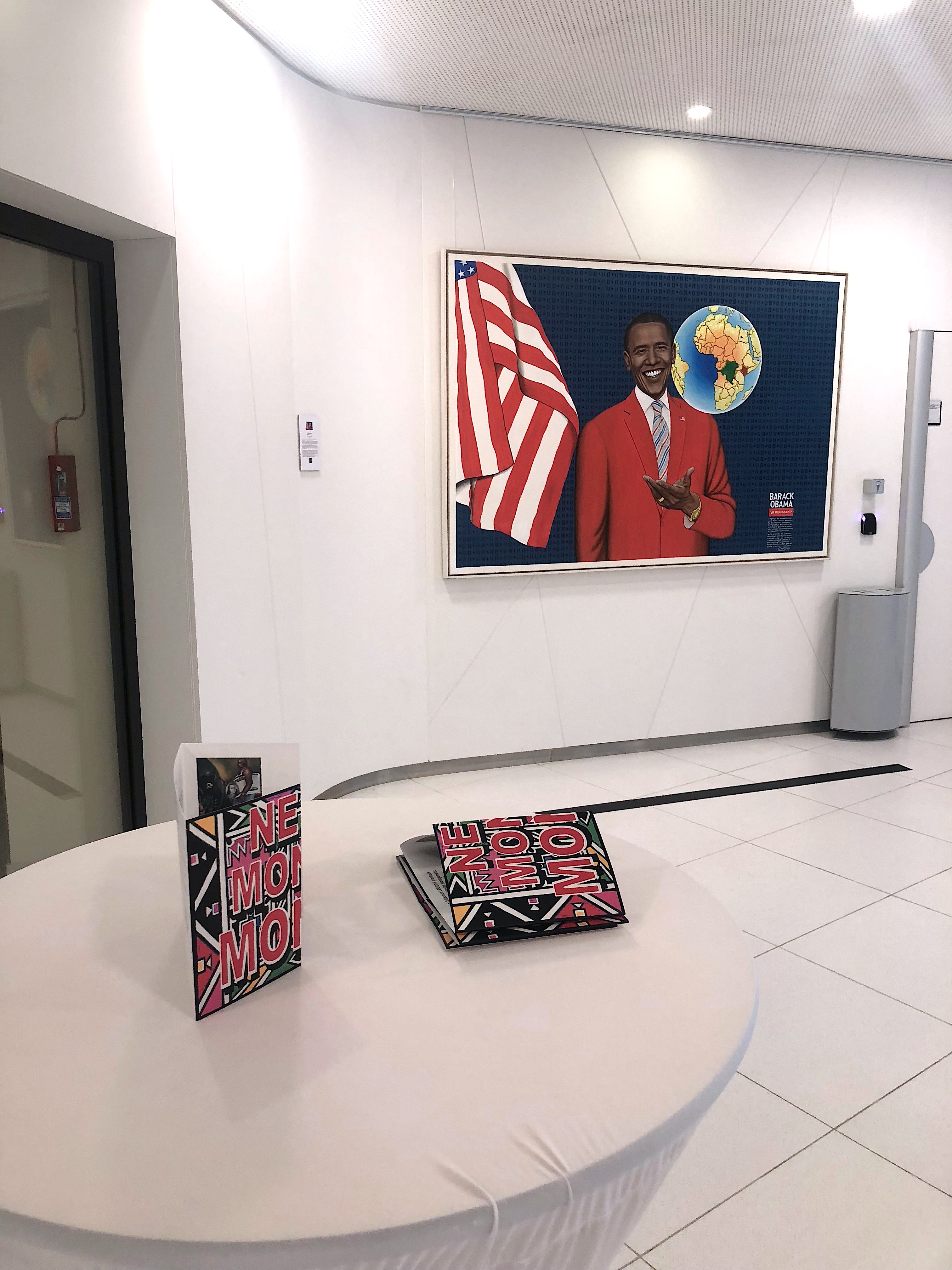 The works in the collection are regularly presented in France and internationally.
At Natixis’s office, Gervanne and Matthias Leridon have decided to exhibit some symbolic works that show all the power of two countries that are very dear to them: the Democratic Republic of Congo and South Africa.

“Two-headed collection with multiple favorites, the DRC with Kinshasa and South Africa are undoubtedly our two adoptive countries in Africa. “To live in Kin” is to dive into an Africa living at the speed of light for art and creation. Here artists invent the world of the 21st century, they build the cities of the future by stacking tubes of toothpaste and urban debris. Kinshasa is the artistic capital of Central Africa shining on the rest of the continent. Since the painters of street signs, this capital continues to provoke and remains an unparalleled springboard still today. The DRC is art giving life. ”

We had the chance to meet and develop a deep personal relationship with Nelson Mandela and F. W. de Klerk, which is why South Africa is our second home. In this great, huge country, the power of artistic creation is shaping the contours of a new democracy. South Africa has shown, shows and will show ways of humanity and modernity that transcend the wounds of a past or present. And, we have chosen to present tonight South African artists who, by their diversity, illustrate the plurality of this new democracy. “